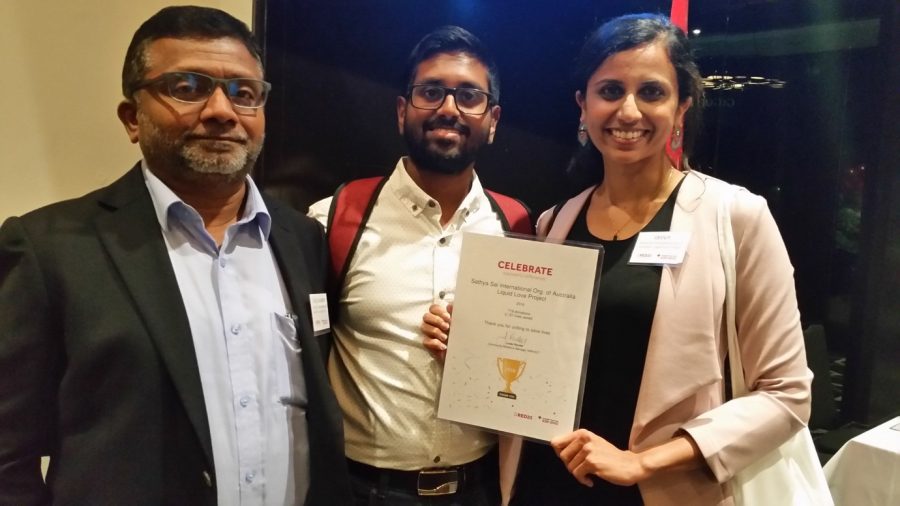 On 20 March 2019 the SSIO attended a special event organised by the Australian Red Cross Blood Service NSW to honour blood donation contributions provided by members of by organisations involved in their Red25 programme. The SSIO’s drive styled ‘Liquid Love’ received an Achievement Award for our contributions during 2018. This is an ongoing potentially life-saving service project commenced some years ago.

The SSIO involvement in a national blood donation drive commenced several years ago and has expanded under the drive and support of our Young Adults who have been successfully promoting this as an important community service which many of our members can contribute to. The 2017 drive was marked by the increasing use of social media to remind and motivate our members towards regularly donating. Bulletins were posted on a regular basis to show the up-to-date number of donations made by the SSIO, and a promotional video was so successful that the Red Cross posted it on their own Facebook page.

In 2018, the Liquid Love project expanded to becoming a year-round initiative by the Sai Young Adults wing. 718 donations were made, translating to potentially 2,154 lives saved through the donations, exceeding the initial goal of saving 2,000 lives. The use of potential lives saved is a very effective incentive for motivating people overcome their reluctance and to be a regular donor.

A light-hearted competition between the states and territories of Australia saw Queensland take top honours, saving 759 lives with their donations, followed by New South Wales on 567 and Victoria on 483. Updated monthly statistics were shared electronically to keep donors informed of the progress towards the goal. All these numbers saw the other states and territories extra keen to close the gap in 2019! The Sai team at the award ceremony

The campaign kicked off in early 2018 with the Regional Liquid Love Representatives (RLLPs) visiting their respective centres to inform and educate members on the importance of donating blood, the critical shortages faced in Australia, and how members could get involved in donating. Devotees across the wide brown land were fascinated to watch the promotional video compiled by the young adults to show that “you don’t need a cape to be a superhero”, which was the theme for the year. Donors were also eager to share their photos on the Facebook Liquid Love group to share their donation experiences in order to encourage other members to donate. The members of the Young Adults programme were especially encouraged to contribute towards blood/plasma donations by being rewarded points within their regions for undertaking various Liquid Love activities (e.g. donating, taking a friend to donate, driving donors etc). The young adults took to this challenge with aplomb, supporting one another through lifts and encouragement.
With so many people pouring out immense love from their hearts (and veins) to support this incredible cause in 2018, it’s exciting to see where 2019 will take this truly transformative programme!